On the 10th of September 1756 it was institute by a royal charter of King D. José I Prime Minister, Sebastião José de Carvalho e Melo, future Marquis of Pombal, the General Company of Agriculture of the Wines of the Upper Douro (also known as Douro Wine Company, in Portuguese, Companhia Geral da Agricultura das Vinhas do Alto Douro).

The Pombaline demarcation of this feitoria (highest rated vineyards) in the present geographic space of the Douro Demarcated Region introduced in the world´s history of wine the modern idea of the Protection Designation of Origin (in Portuguese, Denominação de Origem Controlada – DOC), that defines not only the boundaries of the vitivinicle’s region, but also its registration and creation of institutional mechanisms of control and certification of the product.

The Quinta da Ferreira de Baixo goes back to the first Pombaline feitoria. Among 355 landmarks – 2 meters high granitic parallelepiped stones, 30 centimetres long and 20 centimetres wide – that Marquis of Pombal had it put between 1758 and 1761, to delimitate the first vitivinicle demarcated region, the landmark no 3 resisted to the passage of time and proudly conveys the historical date of 1758. It is, like others that still remain, classified as Building of Public Interest (in Portuguese, Imóvel de Interesse Público Nacional) and it was the inspiration for the brand of our wines.

Respect for the wine grape varieties and terroir from the Quinta da Ferreira de Baixo is part of a meticulous work to achieve excellency, to ensure that every detail gives rise to exclusive wines. 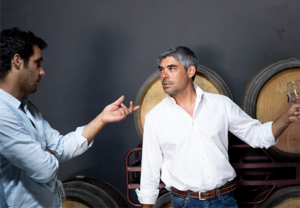 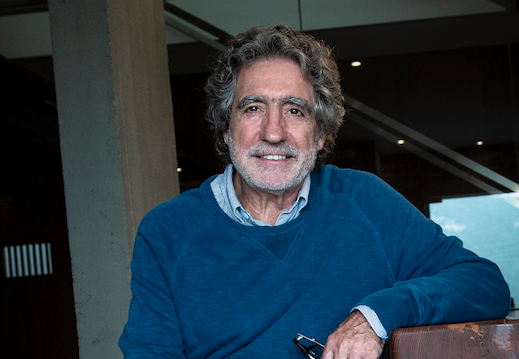 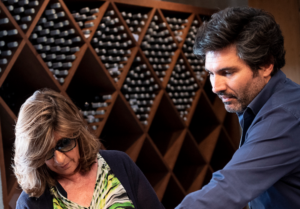 Join the land of wine, young gods!
Join, for the must gives rise To gods’ and peoples’ smiles
When truth glares upon their faces.

Upon entering the site, you are confirming that you are at least 18 years old.